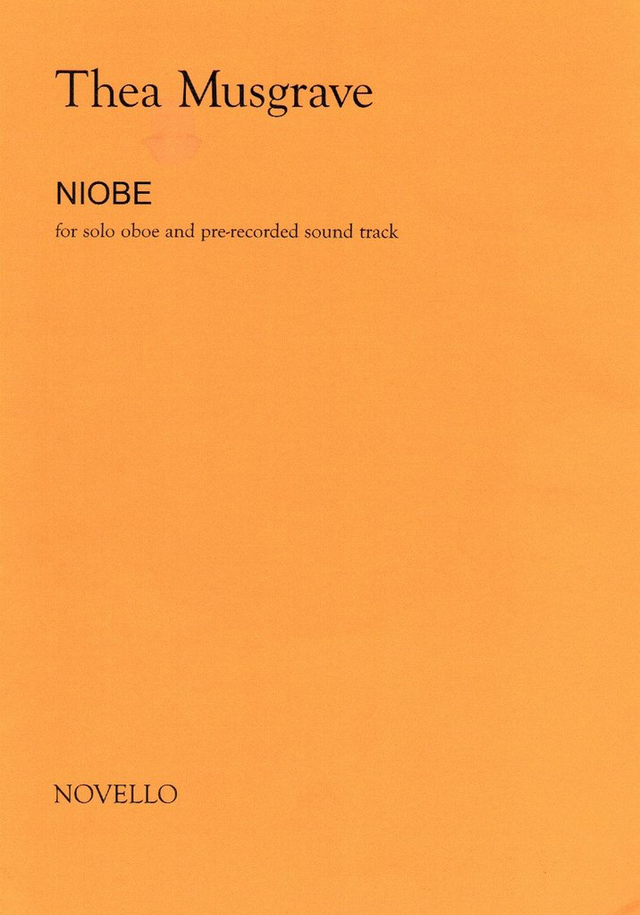 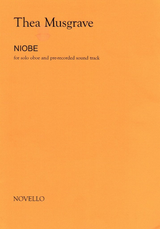 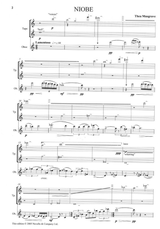 for oboe and pre-recorded soundtrack

Niobe, written in July and November 1987, was commissioned by the Park Lane Group for Ian Hardwick. The Tape was made in the Chiens Interdits Studios in New York; recording engineer, Jonathan Mann. In Greek mythology, Niobe was the daughter of Tantalus and wife of Amphion, King of Thebes. She unwisely boasted to Leto about her many sons and daughters. Leto, who only had two children, Apollo and Artemis, was angered. As punishment Apollo slew all of Niobe’s sons and Artemis all her daughters. Out of pity for Niobe’s inconsolable grief, the Gods changed her into a rock, in which form she continued to weep. In this short work for solo oboe and Tape, the solo oboe takes the part of Niobe bitterly lamenting her murdered children. The tape with the distant high voices and the slow tolling bells, and later gong, is intended to provide an evocative and descriptive accompaniment.

This set includes a CD of the pre-recorded sound track. The printed oboe part also indicates what the CD is playing.