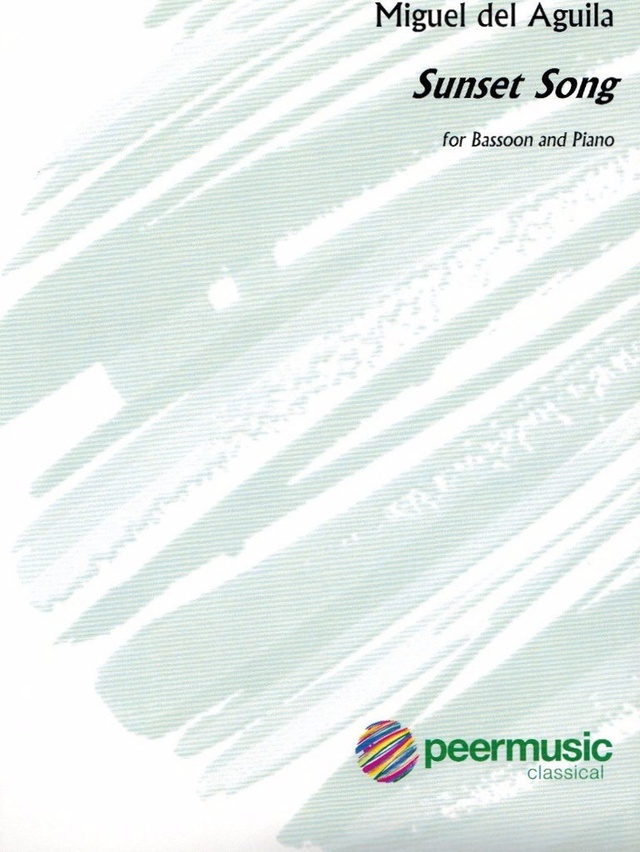 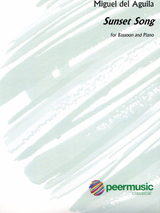 for bassoon and piano

Sunset Song for bassoon and piano was written and premiered in 1994 at the Los Angeles Museum of Art, Bing Theater. It is the composer's second large work featuring the bassoon as soloists (after Hexen) and like Hexen it is also dedicated to bassoonist Judith Farmer who premiered it with the composer at the piano. Sunset Song is technically a tour de force for both the bassoon and the piano. It is a happy, sensuous, obsessive and at times mocking often reflecting the time in which it was written and the events of a Mexico tour that followed the first performance during which the piece underwent revisions. Sunset Song starts with an introduction played by the bassoon almost entirely. This introduction uses elements of 1950's pop music. A middle section fallows where a static -almost Middle Eastern- ostinato rhythmic pattern beats with increasing tension. This pattern is then transformed to a Latin beat which finally returns the piece to the opening mood. The bassoon ends the piece in an irreverent tone, with a pitch written two octaves above the official limit of the instrument’s register. The title Sunset Song was inspired by California’s sunsets and the sun setting on the Pacific Ocean.