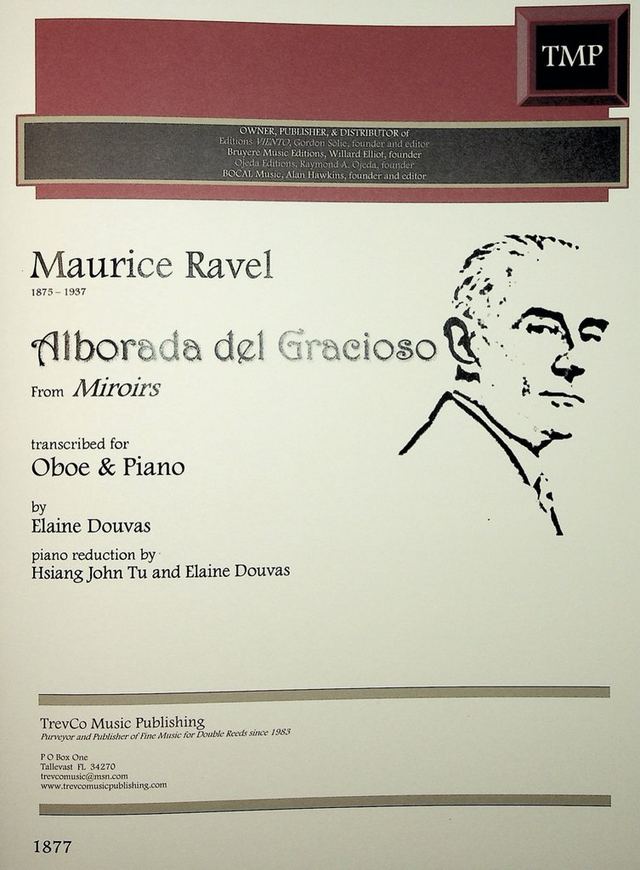 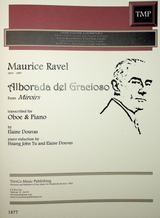 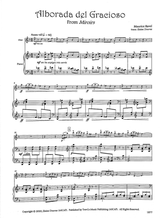 Ravel composed Alborada del Gracioso for solo piano in 1905, the same year as his Sonatine, it is number four of the five pieces called Miroirs. In 1918 he made a colorful orchestration of the work, and I used this later version as the primary source for my arrangement. The title is usually translated as "Morning Song of the Jester", the "gracioso" being a clownish household servant in classic Spanish plays of the 1500s, a stock character who is both humorous and heart-rending. Ravel's Alborada is popular with audiences for its exuberant flair, its Spanish rhythms, and the mysterious, rhapsodic

I think a musician can greatly expand his/her tone, technique, and interpretive ability by playing pieces not written for one's own instrument. It is fun to imitate pizzicato strings, swirling flutes, muted trumpets triple tonguing, and the solo bassoon as the soulful voice of the Jester. I have long wished I could play this exciting work in orchestra (or use it for a figure skating program!). The triple tonguing gimmick, alternating two fingerings, originated as a joke way of playing the fast triplets in La Mer, now it has a practical application!

I would like to thank pianist Hsiang John Tu for his assistance in preparing the piano part.