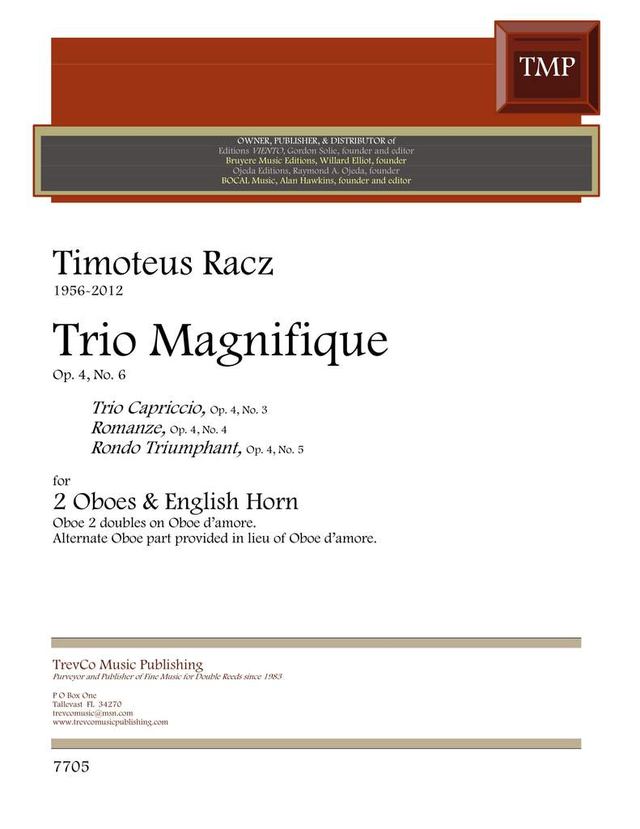 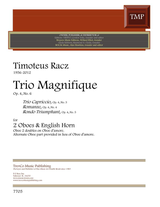 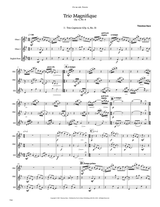 for two oboes and English horn

Throughout his career, Mr. Racz performed internationally as a solo violinist, recitalist and concertmaster. Mr. Racz worked and performed for nearly 20 years in the Pacific Northwest as a professional musician, where he was Founder and Artistic Director of the acclaimed Oregon Chamber Players. With his wife, oboist Victoria Racz, he founded and served as the Artistic Director and Conductor of the Junior Symphony of Vancouver. A successful entrepreneur, Mr. Racz also opened Racz European Violins in 2001, a business that marketed and sold violins, provided string instrument repairs, sold violin equipment and most importantly, provided lessons for his beloved students. A dedicated music educator, Mr. Racz taught and mentored hundreds of violin students and other young musicians throughout his career.

Timoteus Racz was a Hungarian born in Cluj, Romania. He moved to the United States in 1984 to pursue his musical studies in Chicago at DePaul University, where he earned his MM degree in only one year while acclimating to a new country, learning English, working a part-time job, and competing in the Queen Elizabeth International Violin Competition in Brussels. He was personally recruited by Conductor Zoltan Rozsnyai to perform in the United States International Orchestra based in San Diego, California.