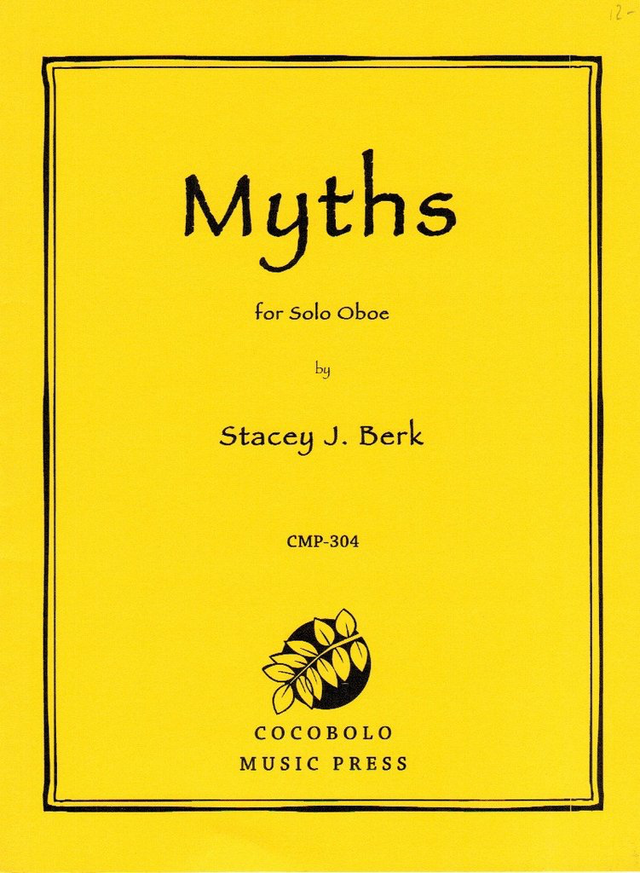 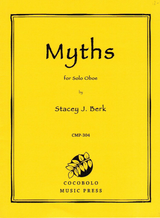 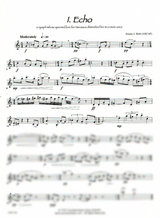 I. Echo: an nymph whose spurned love for Narcissus diminished her to a mere voice

II. Tisiphone: one of the Furies, who carried Grief, Dread, Terror and Madness to the homes of mortals

III. Cyparissus: a young boy whose grief for his slain deer transformed him into a cypress tree

IV. Arachne: a girl who defeated the goddess Minerva in a spinning contest and was turned into a spider

"Myths for Solo Oboe" was composed to help expand the repertoire of solo oboe literature, and it honors the most famous of that literature—Benjamin Britten’s "Six Metamorphoses after Ovid". Like the characters of Britten’s work, the characters of Myths can be found in Ovid’s poem Metamorphoses, and their tales or personalities are programmatically composed for each movement. Echo uses dynamics and imitative counterpoint to emulate the dialogue between Echo and Narcissus. The second movement, Tisiphone, utilizes extended performance techniques to demonstrate some horrific capabilities of the oboe. The leaps and sudden dynamic shifts portray the madness and terror associated with the character. In Cyparissus the plaintive beauty of grief is explored through the use of a “crying” motive, which gradually comes to represent a drooping cypress tree. Just as Arachne is a spinning contest between Arachne and the goddess Minerva, it is also a technical challenge for the performer. The spinning wheel theme is interspersed with Minerva’s screams of outrage to form an energetic finale. The four movements combine to demonstrate a broad spectrum of the oboe’s capabilities and personalities.