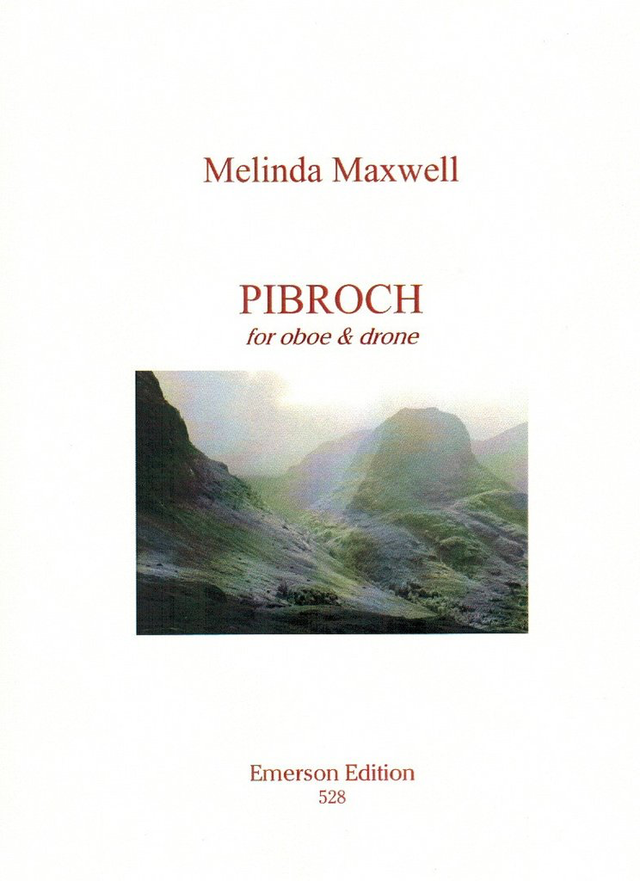 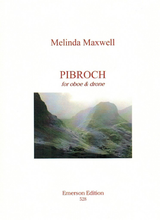 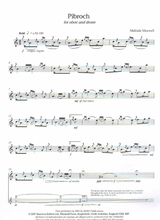 for solo oboe and drone

by Melinda Maxwell (b. 1953) - English oboist and composer

The drone is noted into the piece as playable by tape or a live person/instrument such as a violin or cello. In essence, Pibroch is a celebration of a melody with variations that gradually transform it. Each variation elaborates and obscures the opening melody until at the very end the melody metamorphoses into a new one.

The art of pibroch is a fifteenth-century tradition of Scottish ornamentation that was learnt and played by ear and handed down by each generation through the centuries. It is music of the bagpipe and a folk art belonging to this instrument and its environment. Some of the music is related to old Scottish songs whose lyrics portray stories of rural life. In Pibroch, the ornamentation is the character of the music and initiates the harmony. Its dominant character gradually transforms and encloses the melody until a different melody emerges altogether.