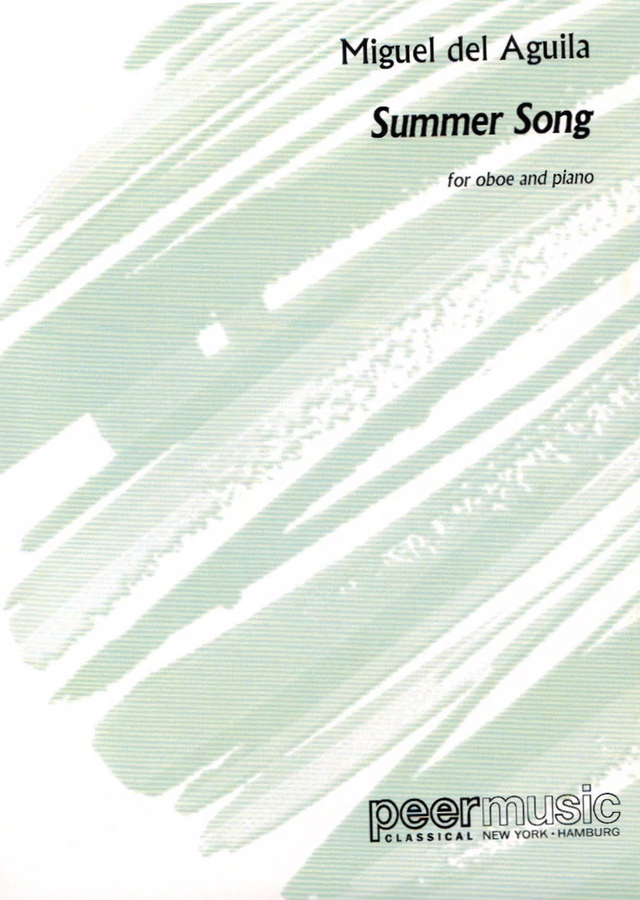 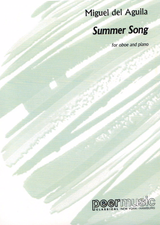 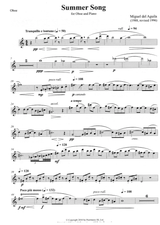 Summer Song for oboe and piano, was composed in 1988 in Vienna, and premiered there a year later by oboist Vasile Marian, for whom it was written. “The work is all about nature, how it affects us and how we interact with it. It was inspired by an Aztec poem that, though lost long ago, I still recall visually: It’s a quiet, warm and lazy summer afternoon and the protagonist is lying on the grass. As he daydreams, his thoughts interact with the actual landscape, creating a magical, unreal place. Soon, as passing clouds bring rain the protagonist falls asleep and dreams. As the storm passes birds begin to sing, waking him up”. The work opens with a gentle, modal theme, followed by a more lively and rhythmic second theme. Their interplay provides a gentle dialogue that takes us through a set of variations. The themes become agitated and trigger the "dream" section of the piece from where a bird seems to slowly guide us back to reality. The themes we heard at the beginning return and are later joined by a new, almost scandalous theme, reminiscent of Brazilian samba “Summer Song stands alone among my works due to its capricious form, its over-abundance of thematic material, and most of all for the disparity of styles which somehow seem to merge together: idioms ranging from Indian chant and the 1940s Big Band era coexist with the late Renaissance, Middle Eastern arabesques, music from the Caribbean and Brazilian Samba. Originally written in 1988, I revised the work in 1996, expanding it in both length and, alas, difficulty”.