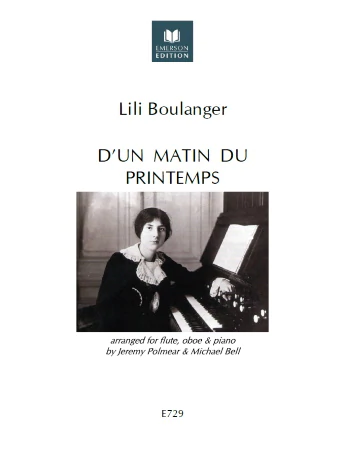 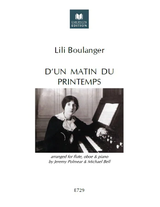 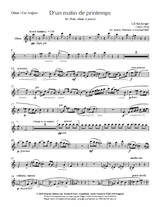 Lili Boulanger was born on 21st August 1893 in Paris, and was considered at a young age to be a musical child prodigy. She attended first the Paris Music Academy and then the Paris Conservatoire, where she studied composition. In 1913 she became the first woman composer to win the prestigious Prix de Rome prize, which gained her a five year international scholarship and a prominent place within the French musical scene at the time.

D'Un Matin de Printemps (One Spring Morning) exists in a number of chamber versions - for Piano Trio, Flute & Piano, Violin & Piano; it is unclear how much these are by Lili herself or by her sister, Nadia. This adaptation is drawn from the orchestral score, celebrating the composer’s brilliant orchestral effects by augmenting the existing flute, piccolo, oboe and cor anglais parts, with the remainder taken up by the piano. This delightful piece gives an impression of the feeling of a Spring morning, the predominant mood being joyful anticipation.