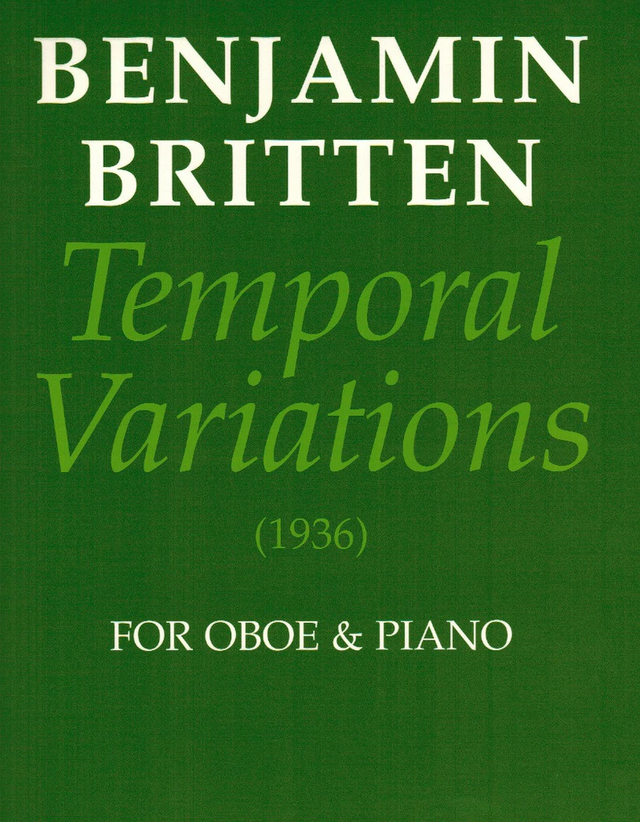 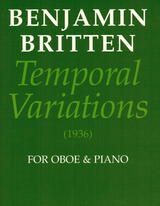 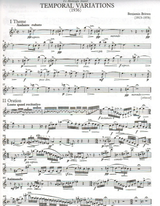 Britten's Temporal Variations were completed on December 12th 1936 and first performed three days later at the Wigmore Hall, London, by Natalie Caine and Adolph Hallis. Although Britten diary entry for December 15th indicates that he was pleased with the work, unaccountably, no further performance took place during the composer's lifetime.

The manuscript fair copy was partly written out by a copyist (the composer Grace Williams) and partly by Britten himself, but it stops half-way throughout #7, the Waltz. It is clear that, at the first performance, the pianist used Britten's composition sketch for the last three variations.

A certain amount of editing has been necessary. The only important difference between this published edition and the fair copy occurs in bards 17 to 18 of the Theme, where it is clear that Britten intended to contract three bards of music into two. The tempo indications which appear in square brackets in the Polka are not found in Britten's composition sketch, but seem to be demanded by the character of the variation.