Peter Facer: The Praying Mantis & The Silkworms for solo oboe 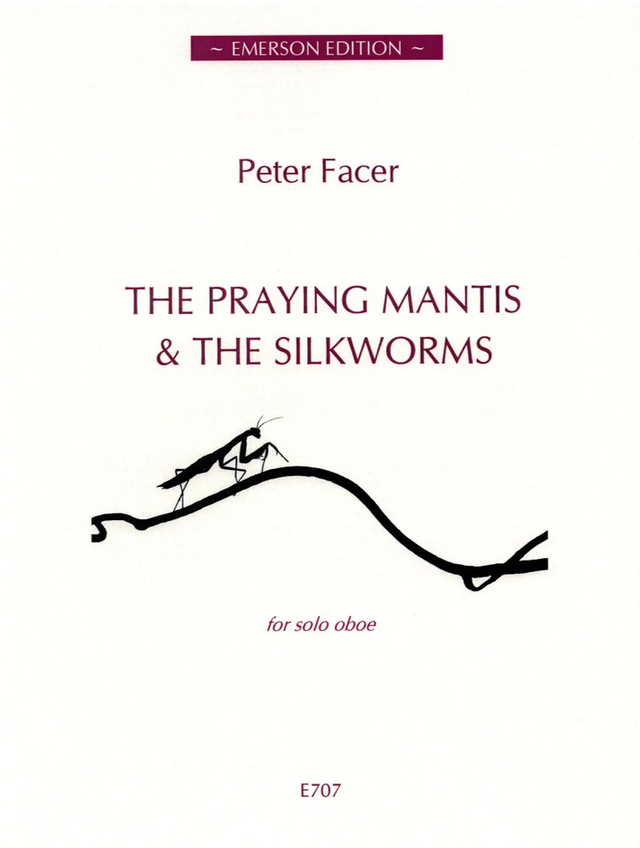 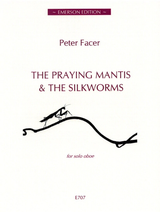 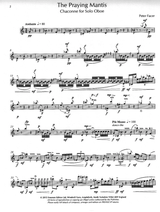 The Praying Mantis & The Silkworms

The Praying Mantis & The Silkworms are the beginnings of a collection of insect pieces from which more will hatch over subsequent years! The initial idea for these pieces sprung from the question of whether or not is possible to write a polyphonic work for a monodic instrument. Inspired by the pieces for solo oboe of Antal Dorati and Gilles Silvestrini, not to mention the original contrapuntal genius of JS Bach, I decided to give it a go! So, The Praying Mantis is a chaconne and The Silkworms is a two-part canon. with both pieces, I've tried to stick to fairly strict compositional principles as well as creating a narrative.

The 'ground bass' of Mantis is the first eight staccato notes of the piece, which form the basis for all subsequent development. This eight-note ground bass consists of the notes of an octatonic scale, re-arranged into a tone row. This bass line is then repeated over and over, while other material fills in the gaps. The other material actually consists of transpositions, inversions, and retrograde fragments of the initial octatonic row. After a few hesitant-sounding variations, the tempo picks up and it becomes almost like a minuet. The ground bass continues the cycle round and the filling material becomes more florid and also starts to mingle with and disrupt the ground bass itself. A central cadenza presents more permutations of the tone row, but with a temporary absence of the ground bass. The bass returns, and we hear it interspersed with much more active material (again based on the initial row), which gradually subsides until, like the beginning, only the ground bass remains.

Much more interesting thought is the little story it tells: its a bit like a gruesome Beatrix Potter book. I like to think of this ground bass representing the Mantis himself, waiting quietly and watchfully. The interfering material could be another little insect bussing around, capturing the attention of the mantis which then slowly approaches its victim. The central cadenza is supposed to represent the 'hypnosis' which the Mantis performs on its victim. Mantises are often seen rocking their head from side to side, leading some people to think that they are hypnotizing their prey. In fact, it is to help with their depth perception. The fast section directly afterwards is the pounce and attack, followed by digestions and a return to the original stillness.

The Silkworms tells less of a definite story and is more of a tableau. I love the fact that these weird, squelchy worms can produce a material which is so delicate and refined. This piece represents the gradual and mysterious production of silk by two little worms, represented by the two voices of the canon. A tone row also forms the starting point for this piece as well, though this time is a more traditional twelve-tone row. The first voice (upward stems) states the prime version of the row, before exploring different inversions and retrogrades and the second voice (downwards stems) enters four bars later (halfway through the first voice's second permutation of the row) playing an exact copy of the first voice but in the 'dominant key' (if you can call it that!). in the penultimate line the structure dissolves as both lines mingle and in the final line, we hear the opening melody of the canon, this time just in one voice.