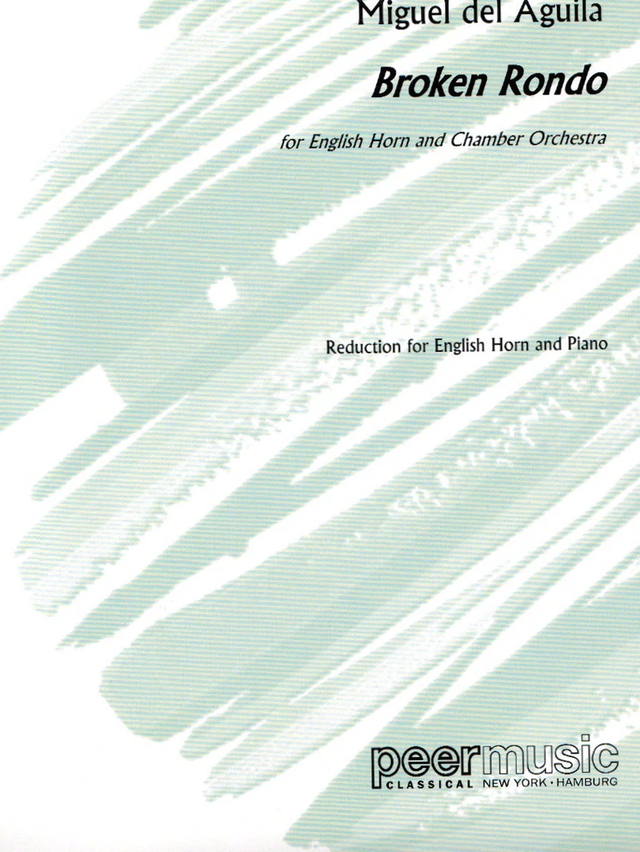 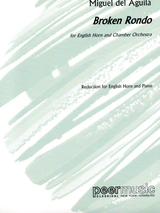 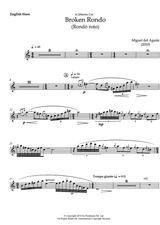 "Broken Rondo" is a one-movement English Horn concerto. The work begins with a slow introduction where the English Horn, accompanied by the strings and clarinet, sings quasi-free cadenzas and arabesques, setting a calm, somewhat nostalgic mood. Soon, the rondo theme begins. This simple, upbeat modal theme dries the piece forward with an ostinato rhythm of Andean character. At first light and dance-like, it becomes progressively more dramatic until the rondo is interrupted by an extended orchestral interlude. The English Horn finishes the piece with a slow, somber, and extended cantilena as the piece dissolves in darkness.

The orchestration is light, bright, and always focused on the solo instrument the word "broken" of the title suggests not only the fact that the rondo breaks form breaks down towards the end, but also implies an unexpected emotional struggle and a fracture from which the piece never recovers.

The work was commissioned by Johanna Cox with a grant from the University of Oklahoma Research Council, and from Mr Carl Rath. The work is dedicated to Johanna Cox who premiered it on June 26th, 2010 in Norman, Oklahoma during the IDRS Conference.

In order to make this version more suitable for performance, some dynamics and harmonies in the accompaniment have been changed from the original orchestra version.

The orchestra version is available on rental.